Press release
The exclusive programme offered by the Janáček Brno 2018 festival attracted record numbers of visitors
From 17th November to 5th December, Brno witnessed the 6th year of the International Opera and Music Festival Janáček Brno 2018, which was organized by National Theatre Brno. The festival programme was dedicated to the 100th anniversary of the creation of the Czechoslovak Republic and to the memory of contemporary world musicologist John Tyrell, who combined his lifelong work with research in the field of Czech music with a particular emphasis on the works of Leoš Janáček. The festival was an exceptional success not only from the artistic perspective, but also with regard to the numbers of Czech and foreign visitors that attended.
The Janáček Brno 2018 festival was visited by a total of 13 278 paying spectators, which is an average of 95% visitors per performance. The number of tickets sold thus rose in comparison with 2016 by as much as 36 %. 23 festival performances were completely sold out. The revenue for festival tickets was 4 021 666 CZK, which means an incredible increase of 58 % in comparison with the previous event. The growth of the festival, which first became noticeable in 2012, thus continued in 2018. Martin Glaser, Director of National Theatre Brno, remarked on this success: “I am very pleased not only with the fact that the numbers for the festival are continuously on the rise, but also because the event exceeds our daring expectations every time it is held. The fact that the festival was sold out this year is the result of the successful organisation of an exclusive programme – it is clear that the visitors appreciated the quality.”
The festival programme featured leading personalities and world-class artists such as the directors Ivo van Hove, Robert Carsen, Kornél Mundruczó, David Pountney, Alvis Hermanis, Jiří Heřman and Jiří Nekvasil, and the conductors Tomáš Hanus, Tomáš Netopil and Marko Ivanović. The concert part offered recitals by Thomas Adès and the Pavel Haas Quartet. Spectators had the opportunity to see guest performances by leading foreign opera ensembles such as the Flemish, Welsh and Poznan Operas. “It would take a very long time to list all of the individual triumphs of the festival. But out of all of these, I would like to at least mention the successful opening of the Janáček Theatre after extensive reconstruction. We are also very pleased by the streaming of a performance of The Cunning Little Vixen worldwide via the Opera Vision platform,’ said Jiří Heřman, the Art Director of the Janáček Opera, National Theatre Brno.
The festival offered a total of 35 productions in the main programme. Four opera premieres and many concert programmes were created directly for the festival. The successful productions and concerts by the Janáček Academy of Music and Performing Arts, the Brno Conservatory and the progressive art ensemble Opera Diversa also cannot be forgotten. “As is traditional, the main programme of the festival was supplemented by many accompanying events, such as A Step Behind the Curtain, an extraordinary exhibition of Janáček´s manuscripts, introductions by lecturers, conferences, and this year the first ever reconstruction of the original way in which the republic’s Christmas tree used to be transported from Bílovice nad Svitavou to Brno.” (Patricie Částková, dramaturge at the Janáček Opera, National Theatre Brno).
The complete festival programme is still available at: www.janacek-brno.cz
Partly thanks to the early commencement of ticket sales (more than one year before the beginning of the festival), a large proportion of the spectators were foreign visitors. “We know after personally meeting visitors from Canada or Great Britain that many of them came to the Janáček Brno 2018 festival for its whole duration. The festival thus makes a vital economic contribution to the whole region.” (Pavel Lojda, Secretary of the Janáček Brno festival).
During the festival, Leoš Janáček Foundation prizes were awarded to Tomáš Hanus, Tomáš Netopil, Thomas Adés, the Pavel Haas Quartet and other important artists.

Festival partners The festival is held with financial support from the Statutory City of Brno, the Ministry of Culture of the Czech Republic, the Leoš Janáček Foundation, the South Moravian Region and the Bohemian Heritage Fund. The general partners of the festival were the companies Metrostav a.s., IMOS BRNO a.s. and OHL ŽS, a.s., while VARS BRNO a.s. was a festival partner and Czech Television the main media partner. The other festival partners were: Brno Exhibition Centre, a.s., the Moravian Museum, the Janáček Academy of Music and Performing Arts in Brno, Masaryk University, Brno City Museum, Brno Tourist Information Centre and the Moravian Gallery. The festival took place under the auspices of the Minister of Culture Antonín Staněk, the Governor of the South Moravian Region Bohumil Šimek, the Mayor of the Statutory City of Brno Petr Vokřál, the Ambassador of the United Kingdom of Great Britain and Northern Ireland in the Czech Republic Nick Archer, and the Representative of the Government of Flanders in Central Europe David Maenaut.
Selected festival photos are available for download (thank you for quoting the credits) 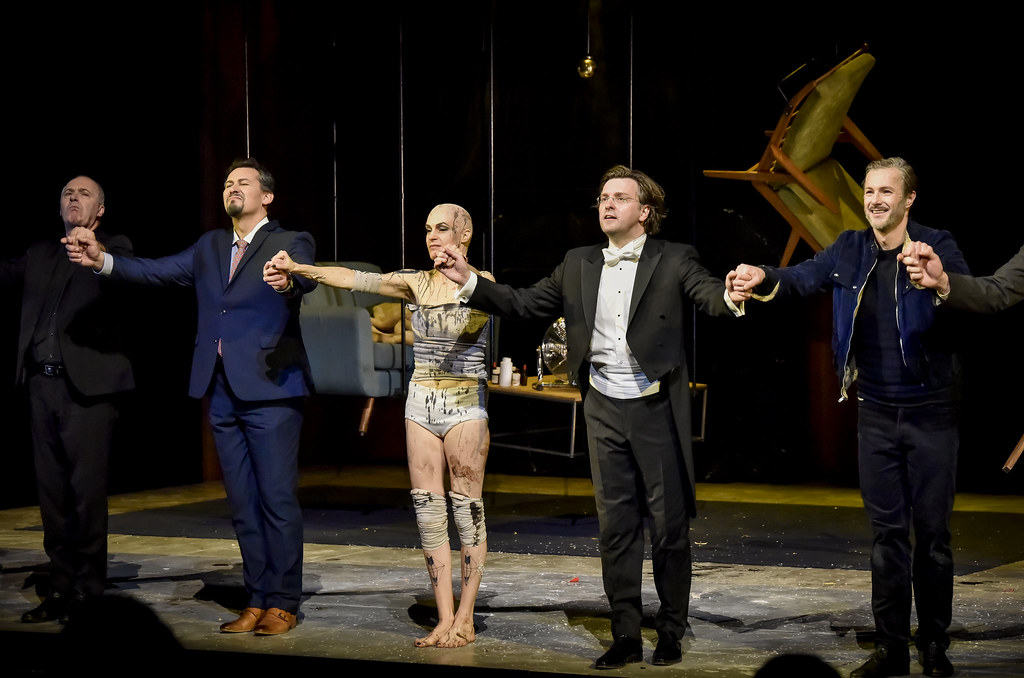